The Society of Smallness

For the Love of Bacteria 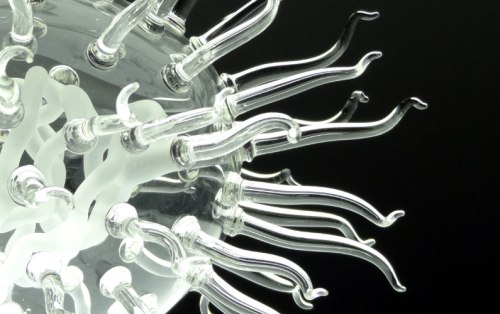 Some scientists are working overtime to ensure that tiny bacteria can be preserved and then be brought back to life intact in 500 years. And that begs the question: why are bacteria so damn important? While it’s common knowledge that bacteria can ravage our bodies (e.g. cause pus oozing boils and rotting flesh) not as much attention is given to the beneficial role that bacteria play in maintaining the balance of life. Without bacteria, the cycle of life would come to a screeching halt as the carbon trapped in organic matter would not be broken down and made available again as food for the living.

Bacteria may be small, but they are not to be trifled with. Not only are bacteria some of the oldest organisms that ever appeared on earth (a testament to their resilience), they are also EVERYWHERE: in soil, water, those romantic hot springs where you spent your honeymoon, and even in radioactive waste. Bacteria live in symbiotic relationship with humans and animals residing in almost every tissue of the body, such as the skin, where they feed off sweat and oils, and our guts, where they help break down dietary fiber for absorption and aid in the synthesis of vitamins. Bacteria claim second place next to plants in the total biomass of the planet. A study published this past week by scientists from the Weizmann Institute of Science, in Israel estimates the total weight of bacteria at 73 Gt C (gigatons of Carbon), that is 1,166 times larger than humans at 2.5 Gt C.

So what’s the dealio? Are these bugs rulers of the world? And why has it taken us so long to figure it out? It turns out that bacteria are mindbogglingly diverse but until very recently, it was difficult to grow them in labs for study. Today, scientists have at their disposal powerful imaging technology that they are able to take with them out in the field.  Breakthroughs in genetics have made possible the manipulation of DNA to not only study mutations but also modify and program genes in bacteria and therefore to use them for beneficial purposes, such as cleaning up big oil spills. Add to that developments in super computing that allow scientists to design models and make predictions at unprecedented scale and we could call our time the Gold Rush era of bacterial studies.

We have much to learn about the role of bacteria in our planet and we stand to gain great insights about our own survival by studying bacteria’s unsurpassed talent to mutate, specialize, and resist eradication. So, next time you are reaching for the hand sanitizer, consider what you’re up against: 73 billion metric tons of germs that have been around since the dawn of time and will possibly be here long after we’re gone. Proceed to wash with soap and sanitize, if you must, but not before humbling yourself before the mighty rulers of the living world.